On January 30, 2014, Exhibit A Books published Robert Bailey’s first book: The Professor. The book is a legal thriller about one of legendary Coach Paul “Bear” Bryant’s football players turned law professor. Even though the player-turned-law-professor hasn’t tried a case in 40 years, he teams up with a former student for a wrongful-death case against the biggest trucking company in the South. The case becomes not only a fight for justice, but a fight for the lives of the professor and his student.

The book was launched with a signing at the Huntsville Museum of Art. Homer Hickam, bestselling author of Rocket Boys (made into the movie October Sky), introduced Mr. Bailey and his book at the launch.

Books can be ordered from Amazon.

More information about the book. 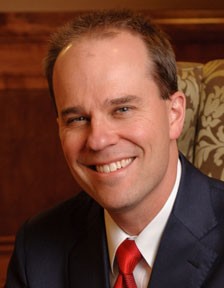 Published January 30, 2014 Posted in News About the Firm
Items on this web page are general in nature. They cannot—and should not—replace consultation with a competent legal professional. Nothing on this web page should be considered rendering legal advice.