Lanier Ford shareholder Chris Pape has been named to the Huntsville Committee of 100 YP. (“YP” stands for young professionals.)

Members of the YP division are under 35 years of age. They receive training and mentoring as future political leaders, attend monthly programs on economic development and public education. They also are invited to attend quarterly meetings with the full membership, task force meetings, and lunch meetings with local elected leaders. They attend city council, school board, and county commission meetings and are mentored by members of the Committee of 100.

The primary focus of Mr. Pape’s practice is helping school boards to navigate complex employment, constitutional, and equity matters. In 2014, Mr. Pape began working, extensively, on Huntsville City Schools’ desegregation litigation, Hereford and the United States v. Huntsville City Board of Education. Mr. Pape was instrumental in litigating this matter in the U.S. District Court for the Northern District of Alabama. Following the court’s order to mediate this matter, he was an integral part of the team of lawyers that represented the Huntsville City Board of Education in court-ordered mediation. As a member of that team, Mr. Pape helped craft the joint proposed consent order between the United States and the Huntsville City Board of Education. By participating in mediation and by presenting the proposed consent order to the court, Mr. Pape advises school boards about the design and implementation of equitable desegregation devices, such as school zone lines, magnet programs, and majority-to-minority transfer programs. 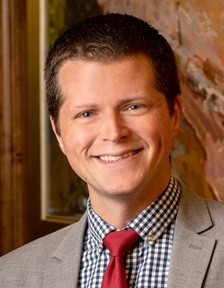 Published September 29, 2017 Posted in News About the Firm
Items on this web page are general in nature. They cannot—and should not—replace consultation with a competent legal professional. Nothing on this web page should be considered rendering legal advice.